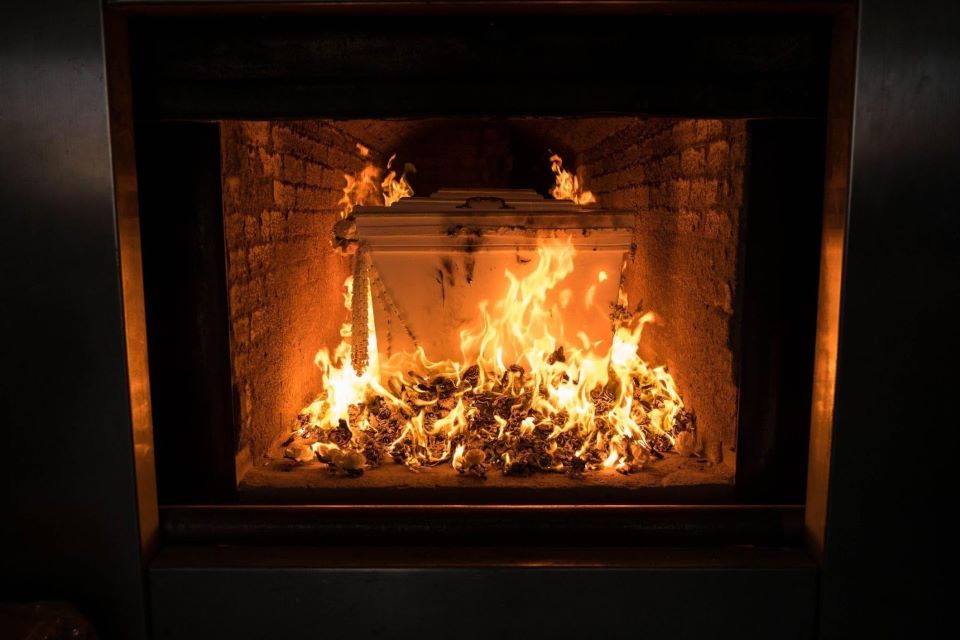 Cremation has been an increasingly sought-after practice, as it offers numerous advantages. And, one of them is that this procedure can provide a calmer and less traumatic farewell.

Although this technique is ancient and used by the Greeks and Romans. Cremation was considered taboo in our society for years.

How the Cremation Ceremony Works

Before we talk about the cremation ceremony, it is important to point out that in most crematoria there are no wakes.

Generally, the bodies are taken to cemeteries and after the families have veiled the body, it is taken to a crematorium.

The cremation ceremony is considered to be one of the most exciting.  Cremation ceremony lasts, on average, between 30 and 40 minutes. At the ceremony, the family can honor the loved one with songs, giving a speech, among others.

In this procedure, the body is taken inside a coffin to a crematory chamber with an oven at high temperature.

This oven has a very high temperature incinerates the body and turns it to ash, while the coffin, clothes and body parts such as hair evaporate.

Ashes usually weigh around 1,000 to 1,200 grams. These ashes are given to the family who decides whether to store them at home, in the cemetery or to dump them in some special location.

The cremation process lasts on average from 1h to 3h. And, it is noteworthy that the permission to follow and watch the procedure varies from the crematorium to crematorium.

Some crematoria do not allow it, while others allow family members to watch the cremation, including when the oven is turned on.

Therefore, it is very important to research calmly and in advance.

Cremation can only be done after completing 24 hours of death and can take between two and three hours to complete. But this will depend on the characteristics and condition of the body. After that, only the ashes and some bones remain, which are crushed so that they can be delivered to the deceased’s loved ones.

There is still a very big taboo about this procedure. It is very common in several religions, such as Christianity, Spiritism and Buddhism. In addition, the waking process is carried out beforehand so that family members can make the traditional farewell.

The ashes can have whatever purpose the family or guardian wishes, with some people and beliefs taking them home. Others are placed in water-soluble urns or even thrown into the sea as a form of homage.

The process of cremating a body can be done by anyone, as long as they leave it documented and recorded. When this proof is not available, only the parents, spouse or children can authorize the process.

How to organize a cremation ceremony?

To start organizing a cremation ceremony it is necessary to start by verifying that the declaration has been documented. After that, choose a trustworthy funeral home to indicate the crematorium and assist you with the entire process.

Next, choose the coffin, prepare the wake and the homage to the deceased and wait for the body to be released.

When receiving the ashes, define what will be done with them. This decision can be the last wish of the person who died or an agreement between family members and guardians.

Also, check what the procedure is according to your religion since in the Catholic Church the celebration of funerals is common. On the other hand, evangelicals have the word of a pastor during the wake and the last farewell.

The cremation ceremony is a tribute made after the body is incinerated, as receiving the ashes is also a moment of mourning and farewell for the loved one. So, count on a reliable funeral service and plans that offer all the necessary support during the procedure.

Who can be cremated?

A question many have regarding this practice is whether anyone can be cremated.

Well, anyone can be cremated, as long as the deceased’s family authorizes the cremation.

The person, still alive, signs the “Declaration of Will” at a registry office, making clear his desire to be cremated. But, if the family does not authorize it, the procedure cannot be performed at the time of death!

Finally, it is worth noting that in cases of violent deaths, some Crematoriums, only allowed to release the cremation after a court authorization.

What are the advantages of Cremation?

After knowing how cremation and ceremony work, let’s go to the advantages of this procedure:

Usually, burials are considered more expensive. Despite the initial value being a little higher, putting on paper the expenses with the land and maintenance of the deposit throughout life more than compensates the cremation.

Another advantage in relation to burial is in relation to exhumation. In this procedure, the family does not need to accompany the exhumation, which is the removal of the mortal remains from the burial to a smaller urn.