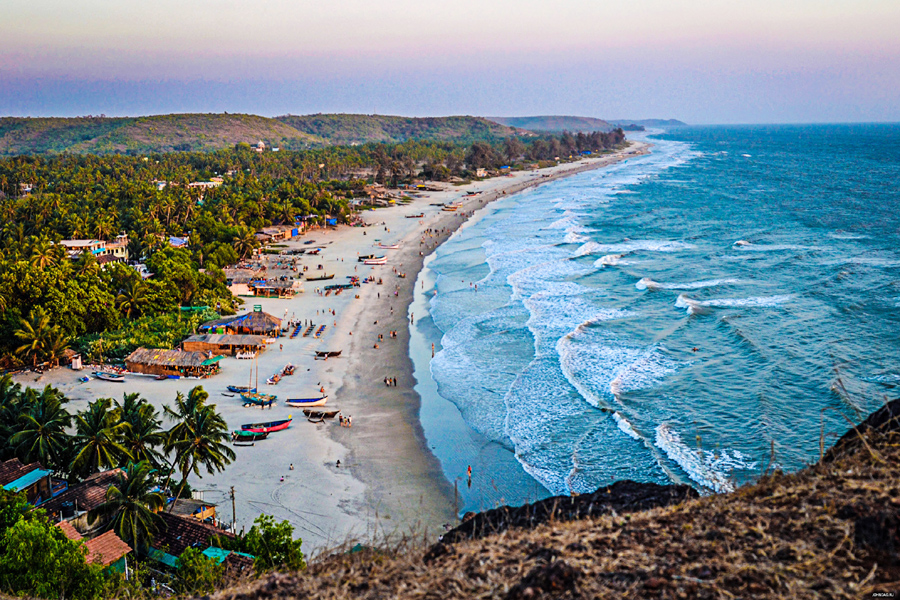 Popular as a beach destination, Goa is one of the most sought after tourist destinations of India. It is the smallest state of India having a long coastline, making it the perfect destination for a relaxing vacation. Besides the palm fringed beaches, the state has a lot to offer to its visitors. Browsing our meticulously crafted holiday package to Goa plays a vital role in making your vacation more enjoyable and lifelong memorable experience.

As the state was a Portuguese colony in the past, the influence of Portuguese culture is still visible in its architecture as well as customs and traditions. Apart from enjoying the vibrant beaches and trying your luck in the Casinos of Goa, you can as well explore the heritage of the state that speaks volumes about its past and if you are a heritage lover, then this beautiful state has a lot for you in its treasury and you can move ahead to explore its rich heritage. Here are some of the heritages of Goa, which are worth visiting.

Old Goa, which was the former capital of the Portuguese colony, is presently a World Heritage Site declared by UNESCO owing to the presence of numerous cathedrals and churches that dates back to 16th and 17th century. These historical structures offer a glimpse of Renaissance and Baroque styles and the materials used in construction these historical monuments are laterite and plaster. Basilica of Bom Jesus, which has the remains of St Francis Xavier, a Saint that advocated Christianity in the state, is the most famed among all the churches and cathedrals. This is a UNESCO World Heritage Site, which lures the history buffs. Besides these, Se Cathedral is another prominent cathedral in the state, which was built during the 17th century, grabs the attention of the tourists.

A small village in the state of Goa, Chandor is another heritage destination in the state. Situated on the littoral of Kushavati River, this village offers a glimpse of the extravagant lifestyle led by the feudal lords during the colonial period. The village has engraved its name in the chronicles of Goa’s history with meager remnants of ancient inscriptions. It houses an old fort and a temple inside the fortress that was built during the ancient times. This village was a part and also severed as a capital of the famous Mauryan Empire during the reign of Chandragupta Maurya after defeating Alexander the Great in 323 B.C. It also houses the ancient inscriptions of King Bhoja that belonged to the 3rd and 4th centuries. These are the things that make Chandor a paradise for heritage lovers.

Another destination in Goa that attracts the attention of heritage lovers is Fontainhas, which is an old Latin Quarter. It is located in the city of Panjim, the capital of Goa, which displays the influence of Portuguese. Being a colony of Portuguese, Fountainhas offers a glimpse of the colonial architecture with tiled roofed houses, which are well-maintained even today. The place can be best explored on foot. It houses some of the old mansions, villas, houses and chapels of Goa. You can as well visit the chapel of St Sebastian, which dates back to 1880.

Fort Aguada is a popular attraction of the state. It is the largest fort in the state, which has been preserved till date. A Portuguese citadel built during the 17th century to restrict the entry into the river Mandovi and protect Old Goa from any enemy attacks. It also houses a lighthouse built during the 19th century. It is a must-visit place while on a trip to the beach destination.

Houses of Goa museum is a tiny museum built by a Goan architect named Gerard da Cunha to offer a glimpse of the history of Goan Architecture. It is a tribute to the Indo-Portuguese architecture of the houses in the state. The museum is situated in a village named Torda near Panjim, which provides an insight of the evolution of the state’s architecture.