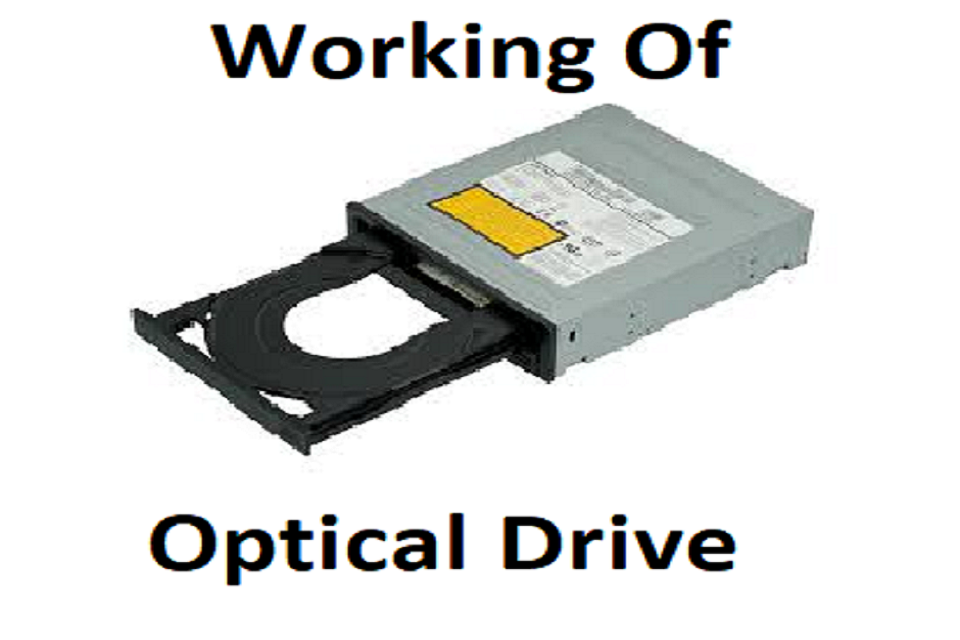 Today you will learn how every single piece of Optical drive actually works. Optical drive has to be a drive that can either read laser discs, compact discs, digital video discs, Blu-ray discs. It can contain music data even video for an alternate amount of time depending on how much space your CDs can have i.e.; 640 or seven hundred Meg’s depending on how much you’re willing to spend. DVDs can have 4.7 gigabytes (GB) of space or more you can like 9 gigas. If you’re looking at blu-rays, it can either be in 25 gigs, single layer 50 gigs, dual layer or 100 gigs. For triple layer Blu-ray discs most people don’t think about this but DVDs CDs do not operate in the same formats.

They have their own format known as Joliette or iso9660 which is a special format for optical media that is either CD or DVD that allows all the computers to actually be able to read what’s on a disc regardless of whether it is Mac Windows or Linux and since blu-rays don’t necessarily use the same laser, they need their own architecture to be read. Blu-ray discs actually use the universal disk format UDF 2.50 also known as ISO 13346. Don’t know what ISO means? It’s the International Standards Organization, the body responsible for actually putting out the rules on how any of these formats are actually laid out.

How do optical drives work?

So first we should remember you’ve got three different types of optical drives. You’ve got your over the top that has a spring and a latch you press a button and it opens up doesn’t require any rotors to open that door only the rotors and a servo inside to actually turn the disc and read the disc are required. You got your slot kinds which many people with PS3 will actually know about and even laptops those require rotors to push and pull on the discs inside the computer and then of course we’ve got these ones that have a tray that has a single rotor that pushes on gears that allows it to go in and out fun fact.

If you don’t have any power on this or your computers closed you can’t get this one open and this is why so looking at the top. We’ve got the drive servo the one that allows the disc to spin and the laser which can move freely thing is normally when the doors closed they’re above the tray line supporting the disc. Already if you try to open a disc drive with them above you would break to get the drive open you have to use a paperclip or a special tool specifically designed for it to press on a small latch that’s simultaneously. So simultaneously, drops the laser and drive rotor and gets the door open then you can actually just pull one drive and get your disk out now to explain the various aspects of the optical media drive.

So, we now know that this is the rotor that allows it to spin but what most people don’t know is the earliest models of the optical drive that had a variable speed motor which is something that hard drives did not have. Reason they did that is because they wanted the same speed of the same amount of bit rate coming from the inside of the disc and the outside of the disc so that the end disc actually spins slower. At that time, the closer got to the middle rotor that allows for a constant bit rate during streaming of music. Now when they finally got rid of that and inserted the buffer they were allowed to keep that rotor spinning at the same speed now what also happens is that’s not the only rotor in here you’ve got a drive rotor that allows the laser itself to move back you see that back and for that drive rotor is underneath has grooves in it that allows it to actually follow the tracks on the disc but since discs are invariable imperfect, they are not flat the tracks are not exactly burned where they’re supposed to be.

They inserted other technology in here to allow the drive to actually read the media the laser itself is capable of focusing by going in and out it can go up hold on, up and down to actually capture the track of interest. Therefore, if the disc were to move or the track was a printed or pressed correctly, it would be capable of correcting it on the fly and actually getting the correct data when it’s supposed to be there for disk drive action you on which track it was actually on all of this controlled by a controller. PCB (printed circuit board) on the back not that much technology in it but it allows the computer the interface anyway to actually figure out where on a disk it is.

What track it’s on? how to focus on the disk and all of this in near real-time you can barely notice that the laser itself combined with the spinning rotor and the drive that allows it to go in and out and move across the disk actually allows this to actually work it just works. It’s not a very complicated piece of technology in fact it is very hard to understand why you would pay a lot of money for a many different types of drives like this except for a few details that most people won’t be able to tell you first CDs and DVDs are the only ones that have one laser. Blu-ray drives require two distinct lasers to be backwards compatible so a backwards compatible Blu-ray player has this normal red laser and, in the position, right side it would have a blue violet colored blazer that allows it to read Blu-ray media or write blue mate.

Blu-ray media is going to happen to the optical drive that’s basically which is going to happen in the near future and in the far future well first of all what do you think happens to one of these drives win the optical disc brakes. It happens the inside is made of plastic. PCBs are basically cardboard. Most of that cabling wouldn’t survive and even the outside chassis is normally a cheap aluminum so spinning fast enough the optical media could actually cause quite a bit of damage. Now this is a big one most mobile device have a very tiny little thin one not necessarily as well built or weld armored. So, if we’re going to continue having mobile devices being dropped all over the place tumbled around eventually that kind of optical media will trip or crack and it will cause that kind of damage inside only. In this case instead of taking on a drive it will take out the entire device also. 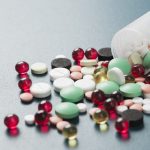 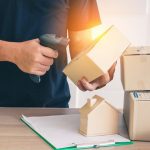