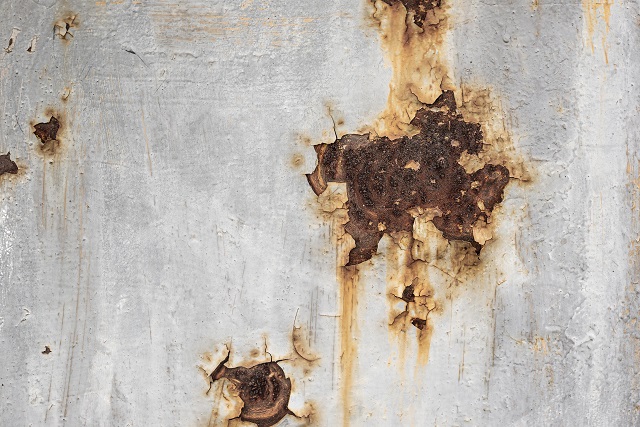 When metal surface molecules carry out a chemical reaction with external elements like moisture and oxygen, there is a new layer formed over the surface of the metal which is called rust. This process is called corrosion and commonly occurs in metals and alloys that use metals that are prone to rust. The most commonly used metals include iron, steel, aluminum, copper, and so on. A lot of organizations have banded together in the need for a solution to prevent corrosion. Hence, rust preventive oils came into existence as one of the most optimum solutions to improve the life span of any metal commodity and prevent rust.

The Concept behind Rust Preventive Oil

Rust Preventive oils are also known as anti-rust oils for the fact that these are lubricants that act against the properties of rust. These anti-rust oils are applied thoroughly over the exposed surfaces of the metal commodities. A thin layer of lubricant sticks to the surface enabling a polarity charging of the molecules to repel the incoming contaminants. These elements like oxygen and moisture affect only the oil-coated film and do not cause any negative reaction to destroy it. But over time this oil layer having attracted a lot of dust, sand, and other contaminants can loosen the hold on the metal. Though this situation occurs years later than the original estimation of when the rust prevention oil is not supplied.

How Rust Preventive Oils are Useful?

There are some metals that are prone to corrosion but the oxide layer formed over the metal surface is often another layer of protection from the further effect of any external elements. Such metals include Aluminum, Silver, and Copper. The silver and copper elements often develop tarnish on exposure but the reaction of these metals, in particular, is reversible. The use of the right chemicals can help remove the tarnish and the metal’s luster can be re-obtained.

At the same time, for metals like iron and alloys, the development of the oxide layer is irreversible and the strength of the metal reduces with the degree of rust developing. This enables the destruction of iron commodities like bridges, machinery, equipment, tools, and so on. When coated with the best quality of Rust Protection Oil, these commodities can be given a layer of protection against the property of corrosion.

This is especially helpful when the transportation of the metal equipment, spare parts, and other commodities is required through export procedures or even in local areas. The promising solution of anti-rust oil in the market has enabled the increase of the longevity of all metal-based commodities in the world. At present many industries are utilizing these rust preventive oils during the production and post-completion phases of the manufacture of various commodities.

Read More: How To Prevent Rust On Playground Equipment?

Future Prospects in the Market

The future prospects of the rust preventive oils look quite promising as these have been opted for by many industries such as Aerospace and Military, manufacturing, Export, Heavy Equipment, Power Stations, Energy Plants., Storage Tanks, Pipelines, Constructions, and so on.

The anti-rust oils are quite eco-friendly as they are no toxic and safe to touch when applying, non-sticky and expellable, biodegradable, durable, slips and loosens existent grease, non-polluting, odorless, do not contain harmful substances, non-flammable, dilutable, and does not harden or becomes brittle.

While the loss of commodities like bridges and buildings causes extensive loss to property and life, it also impacts the economy of the nation. The Rust Protection Oil are best for the safety of such highlights in the cities and beyond while ensuring that the economy is non-affected.