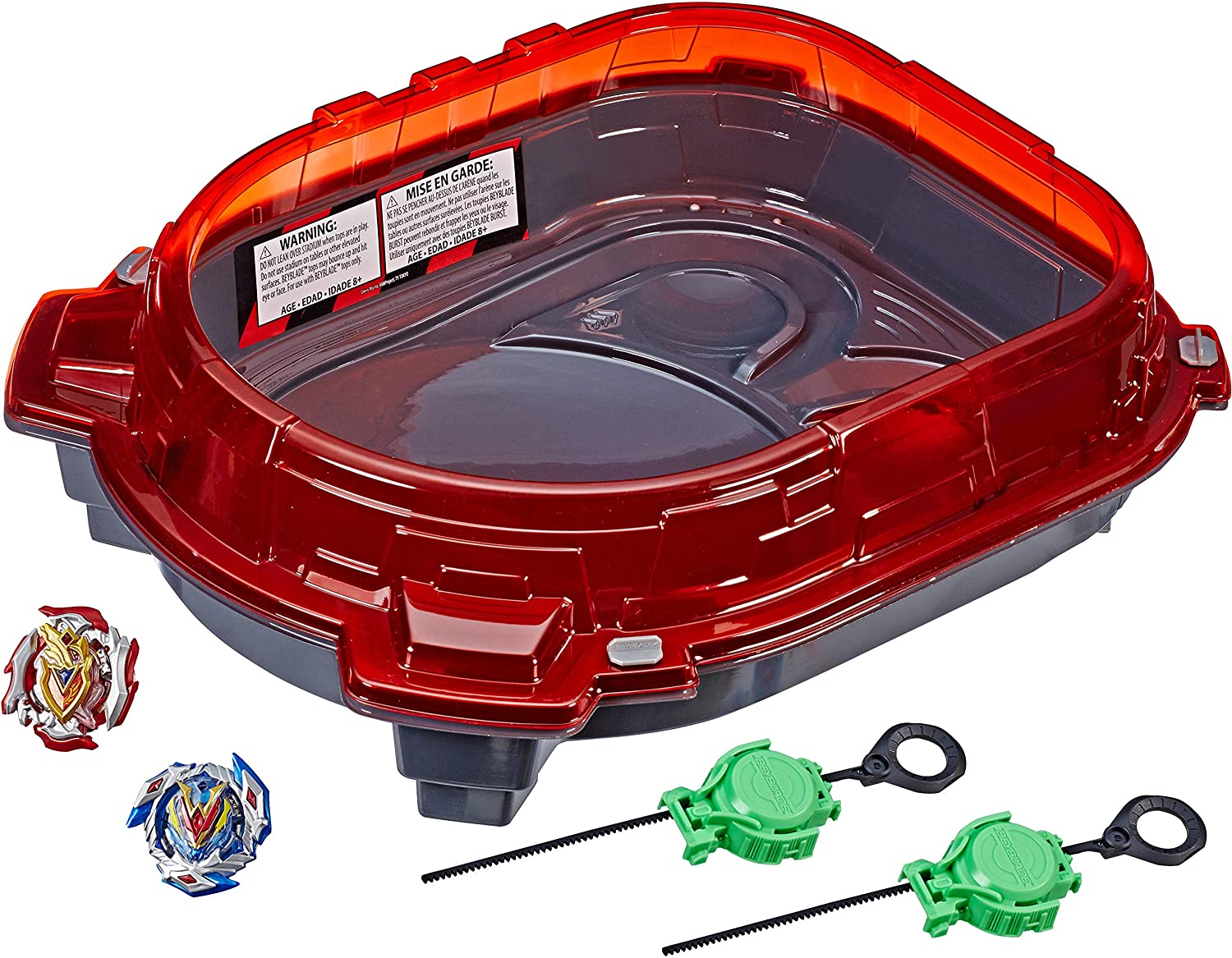 Takara created the Beyblade spinning top toy line, which was first released in Japan in July 1999, along with its first season. Takara Tomy now develops Beyblades, following Takara’s 2006 merger with Tomy. Hasbro in Western countries, Sonokong in South Korea, and Takara Tomy in Eastern countries are among the toy companies that have licenced Beyblade toys for their respective regions.

Beigoma, a traditional spinning top, inspired both the toys and their names. Battling Tops, a board game created by Ideal Toy Company in 1968, has a similar theme. In 1999, the toy line was launched alongside a manga series of the same name. Hasbro started selling Beyblade toys internationally (under licence from Takara) in 2002, along with country-by-country release of localised versions of  TV show. Takara Tomy launched Metal Fight Beyblade in August 2008, the toy’s first incarnation in three and a half years. Takara Tomy launched Beyblade Burst, the third incarnation, in July 2015.

The rules and the game

Aside from formal play, the first toyline included a game with complex rules. With two or more teams, the formal game is played. Each player is allowed three Beyblades, but they are not allowed to swap sections until the match has begun. For any fight in a match, players can use any of the three Beyblades they have with them.

A points system was introduced in strongest Beyblade. Hasbro creates its own ruleset for the Beyblade Burst toy line. In general, a match is won by the first player to score three points. A player is given points based on how well their Beyblade knocks out their opponent’s Beyblade. The names differ by region; the following uses Hasbro terminology, followed by Takara Tomy terminology.

Beyblades come in a variety of shapes and sizes

The effectiveness of the three main forms of Beyblades is similar to that of rock-paper-scissors, with Attack being weaker than Defense, Defense to Stamina, and Stamina to Attack. This is not a hard rule, however, owing to the high variability of custom designs. Depending on individual pieces, balance styles may be strong or weak to some of the others.

Takara Tomy and Hasbro both sell a special arena known as a Beystadium. It is essentially a shallow plastic pool, but it may have additional features depending on the stadium’s function. In different markets, different stadiums were issued. Takara Tomy and Sonokong create Beystadiums with open parts in the walls and openings on the sides to launch into, similar to those seen in the manga and anime adaptations. A cyclone ridge, which allows Attack style Beyblades to travel around easily without knocking themselves out, and cyclone/tornado points, which are recessed discs in the stadium floor that rotate freely to add randomness to a fight, are both common features of a Beystadium. Other features may be exclusive to the series in which the Beystadium is released, such as the Outer Rails from the Beyblade Burst Slingshock toy system which allow SlingShock compatible Beyblades to travel around the stadium before shooting back into the stadium to deal a devastating assault.

The user’s Beyblade is launched into combat using a Beyblade Launcher. Depending on the gears inside and the user’s own launch strength, some launchers have varying levels of power. Launchers come in a variety of sizes and shapes, with some using Ripcords and some using Strings. Most Beybladers prefer String Launchers because they are more accurate than the ones used by the characters in the anime and have more launch capacity. Hasbro’s starter pack launchers contain one piece of hardware, while Takara Tomy’s launcher contains two.

This is a 4D system. Beyblades debuted in March of 2011. It’s an extension of the Hybrid Wheel System that includes new components like the 4D Fusion Wheel and 4D Bottom. The plastic pieces of the wheels are often made of a thicker, more durable material.

The standard Fusion Wheel has been replaced by the 4D Fusion Wheel. The PC Frame, Metal Frame, and Core are only a few of the components. Some, like L-Drago Destroy, forego a traditional frame and core design in favour of an upper metal frame to replace the Energy Ring and a lower PC core with rubber inserts to replace the Fusion Wheel, effectively flipping the typical construction of most tops from this method.