This method consists of the following steps:

Observe the written word and change it into the number. For example, if you have a number “seven thousand four hundred thirty-eight,” you will need to write it in numerical form.

We will do a step by step process:

This method is used to handle very small or very large numbers. It is also recognized as scientific notation.

It will be applied to deal with quadratic equations to make calculations simple and easy. Have a look at the following steps: 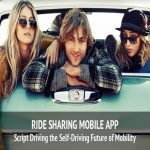