Think about some of the famous jingles or commercials that you’ve seen over the years and that have stuck with you. Many of them were probably around the holidays, right? For example, the Coke commercial “I’d like to give the world a Coke” — nearly every person has seen that commercial and heard the song whether or not they were alive or watching when it was first broadcast. And that, of course, is an example of a successful holiday marketing campaign. They managed to stand out in the sea of messages that are coming at all of us and make us feel something about a brand.

And you want to stand out at the holidays, too. That’s when a lot of people are feeling as though they need or want to give something and they don’t want to do the sorting themselves. They want help in order to make sure to that consumers understand their messaging, relate to it, and want to purchase because of it. And those holiday sales are incredibly important to so many companies — about one-third of annual sales can happen during that time period. And the increase of about 4 percent in a year is one that can really make a serious positive effect on a company’s bottom line, or have a detrimental impact on its potential future.

If you think about it, you’re probably already aware of much more than just that old Coke ad. For example, Starbucks causes a rush in its stores on the day that its red cup — with a design that changes every year — gets released. People anticipate what they’ll do and how they can be one of the first to snag one. What other campaigns are memorable and how can you learn from each of them? This graphic has some ideas. 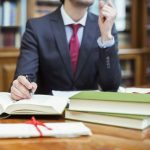