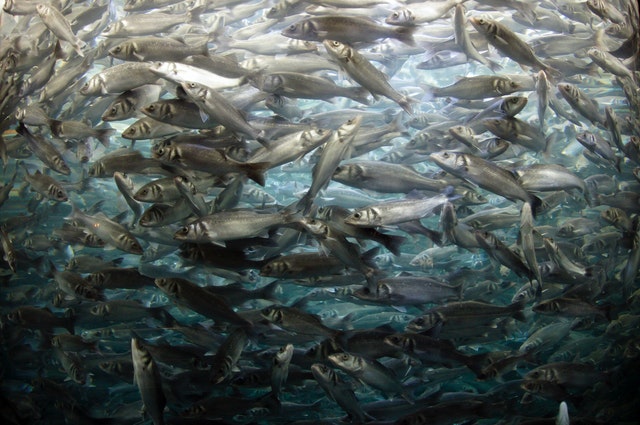 Many people love eating fish meat because of its nutritional value for the body. Fish is a source of protein that is responsible for building lean muscles, regulating healthy weight, and preventing the loss of muscles. The demand for fish has continued to grow daily, forcing individuals and companies to rear them in ponds to balance the supply. However, customers prefer the wild-caught fish over the farm-raised ones because of the following reasons;

Several people have the feeling that fish caught from their natural habitat has a higher nutritional worth than those reared in farms. Wild fish feed on a diverse diet created naturally by mother nature. They provide the body with a greater assortment of important nutrients when consumed.

On the other hand, fish raised from the farm feed on the same food every day that is made in companies using animal wastes or byproducts. Therefore, a fish’s nutritional value is solely determined by its diet. In the natural habitat, wild fish feed on algae that is very rich in Omega-3 content that helps maintain the blood pressure and the overall well-being of the human heart. The nutrient level depends on the breed of fish, and some may have more than others.

Most Farm-Raised Fish Are Genetically Modified

The ever-growing demand for fish meat has forced several fish farms to use technology that boosts the fish to develop faster. For the farm fish to survive, the waters and surroundings should be modified to enhance their natural habitat. Similarly, there are fish in the markets cross-bred to ensure that they achieve targeted results. The chemicals used to alter and boost fish are very harmful when consumed by humans and lead to dangerous health hazards. Genetically engineered fish trigger allergies and other cancer-related complications, which are very expensive to treat.

Individuals prefer wild fish because they don’t pass through these unnatural procedures during their growth. They are free from hazardous chemicals hence safe for human consumption because they meet their nutritional requirements.

Wild fish has a much more varied diet than farm-raised counterparts, which results in a more flavorful product. It’s a leaner cut of meat. Wild fish meat is thinner than farm-raised versions since they continuously move and seek nourishment. The meat is nutritious as a result of being less fatty.

Because the main purpose is to fatten them up quickly, farm-raised fish are usually subjected to some fairy dreadful culinary possibilities. They have a higher fat percentage than wild-caught fish since they are not supplied with the best diet like the most variety found in natural water bodies. On the other hand, wild fish are self-sufficient in their meals and can swim in large areas while at sea. As a result, they are usually slimmer.

Chemical pollutants can be found in commercial fish production, such as fish farms, due to various medicinal treatments, anti-fouling coatings, and fish feeding. Some have minor environmental consequences, while others can have considerable consequences, particularly for filter-feeding shellfish species.

Open net traps installed in the ocean, for example, can drain pollutants and illness, leaving ocean creatures at risk. Furthermore, farmed fish have been reported to escape their enclosures, allowing them to mix with wild fish. This may not seem like a big deal, but farmed fish are more susceptible to sickness and parasites, so they’re fed antibiotics regularly, which is harmful to the wild fish stocks.

The quality of wild fish differs depending on the region it comes from. Several international firms do not meet the required standards and may contain higher contaminants. For instance, an Alaska fish company can be a lot healthier for you than a fish company coming from a polluted area.

Concerning which types of fish one should eat, there is no simple solution to whether one should settle on the wild ones or give in and overlook the questionable agricultural practices. While it is encouraging how several fish farms are focusing on the future and implementing more environmentally friendly procedures responsibly obtained, wild fish are often worth their value and demand in terms of their nutritional value and flavor.