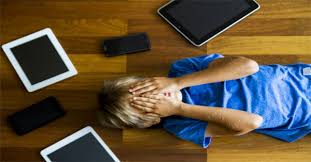 Studies show that playing mobile games can have beneficial effects for the learning process. Multiplayer games, such as Sudoku, improve cognitive skills and encourage teamwork. Even younger children benefit from playing games such as puzzles and games with a learning component. These devices have become an ideal platform for educational programs, allowing students to access content at their convenience. However, parents should be aware that many games are inappropriate for children. If you are concerned about your child’s health or development, it is best not to let them play games with violent content.

In addition, video games can contribute to mental health problems, such as social anxiety. Some studies have also found a correlation between video game usage and depression. One study found that 94 percent of addicted students were male while only six percent were female. Many participants reported an unsatisfactory social life and a decreased self-esteem, which may affect their performance at school. However, these positive effects are not limited to children.

Moderating effect of gender on addiction to mobile games

The study found that there are gender differences in addiction to mobile games, and that females reported worse mental health consequences than males. In addition, males experienced greater social anxiety as a result of their mobile gaming habit. However, the study was limited by several limitations, which have implications for mental health practice. Here, we discuss these limitations and the implications of the findings for mental health practice. Further research is needed to determine the exact mechanisms involved, as well as the effects of gender and impulsivity.

The study used cross-sectional design and conducted questionnaires. It was administered using the Wenjuanxing survey platform, an established online survey platform in China. A sample of 1,447 participants was recruited from three universities in Liaoning and Jiangxi provinces. To participate in the study, the participants had to have played videogames in the past 12 months. However, 78 participants did not meet the criteria, and 81 did not complete the questionnaire. Thus, the study sample consisted of 1,288 students, with a response rate of 89 percent. Participants were aged between seventeen and twenty-five years, which means the mean age was 20+1.6 years.

A new study examines the effects of online mobile games on student social behavior and academic performance. The study found no relationship between the number of hours spent playing games and social behavior. It also found no correlation between time spent playing online games and interpersonal relationships. Despite these findings, the future of educational gaming is uncertain. Increased socialization and communication skills may be beneficial for students. Further studies are necessary to examine this issue.

This study examined whether prosocial mobile games can increase social interactions among college students. Students engaged in prosocial mobile games showed higher levels of charitability in later tasks. This phenomenon was also seen in children and adolescents playing video games. In addition, students engaged in prosocial activities during class were more likely to be kinder and more cooperative. Therefore, mobile games can promote socialization and connect students. However, these benefits are not immediate.

There are a number of studies indicating that playing mobile games can improve a student’s concentration. One study from the University of California, Irvine, found that playing games improves a student’s memory formation. Games increase activity in the hippocampus, a region of the brain that is important for memory. Mobile games also stimulate different skills and increase engagement. In addition, many of these games are free.

The researchers found that playing action video games improved visual capabilities, mental rotation, and the ability to store objects in memory centers. However, excessive use can lead to problems. For instance, students who play violent video games may have difficulty concentrating in a lecture. Additionally, these games tend to attract young people who have attention, focus, and anger problems. Additionally, violent games can reinforce negative behaviors and cause children to have trouble focusing.

A recent study suggests that the use of mobile games may increase the happiness of students. The researchers studied the game Pokemon Go shortly after it was released in July 2016. They found that students who played the game were more social, positive, and physically active. The study’s author, James Alex Bonus, is a graduate student in educational media. When the game was first released, Bonus joined the throng of people playing it. He was surprised by the mix of reactions he saw in news coverage.

The study’s results have implications for the field of positive psychology. In particular, this study suggests that playing mobile games can help students deal with stress and anxiety. Because the games require students to be locked in their rooms, they can increase their feelings of well-being by playing them for long periods of time. The study also shows that this behavior may reduce stress, boost mood, and promote relaxation. However, some researchers question the validity of these findings, particularly when examining the effects of mobile games on students.

A new study suggests that mobile games can reduce stress in students. A study published in Psychology of Gaming and Technology found that people who play video games reduced their stress. Players of action-adventure games were less stressed, while those who played Tetris experienced less stress. It also found that playing mobile games reduced students’ negative emotions. Whether the effects are temporary or long-term is unclear. But video games may have other health benefits.

A study conducted at the University of Colorado Boulder found that a new game called Pokemon Go reduced students’ stress scores compared to people who did not play it. This is promising news because video games can help students cope with stress. Moreover, they can form meaningful relationships. Playing a video game with friends can be a stress-buster. In fact, a Pew Research Center study found that 57% of individuals in post-secondary education played video games, with the number increasing to 76% among students currently enrolled. Despite the potential benefits of video games, there are also risks associated with playing games. 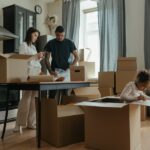 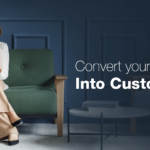