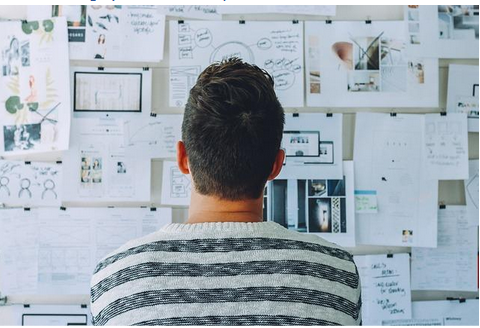 There’s probably not a single person who doesn’t dream about becoming successful. However, some of them fail to understand that success is never simply handed to anyone. Rather, it requires hard work and dedication.

But, aside from hard work and dedication, working your way towards success will also require you to somewhat change the way you’ve been living your life. Simply put, you will need to change some of your current habits and embrace a mindset that is goal-oriented. That being said, here are 6 habits of highly successful people you will need to start practicing as soon as possible.

Good organization and fine time-management skills are two of the most important skills of successful individuals. The fact is that all of us have the same 24 hours in a day. What we choose to do with them and how we choose to spend them is what sets us apart from one another. If you organize your daily activities in advance, not only will you get a clear picture of what can be done realistically but you will also feel far more fulfilled at the end of the day. So, get yourself a planner and start noting down everything that needs to be done. Over time, you will only get better at planning out your activities and will be able to achieve so much more.

Take control over your grind

The grind culture, although very lucrative is simply not the healthiest way to live your life. Yes, you will certainly need to work hard to achieve your goals but no, that doesn’t mean overworking yourself. People who are “constantly grinding” run the risk of burning out far faster than individuals who allow themselves to take a step back and relax every now and then. Basically, it all boils down to achieving a healthy balance between work and play. Too much of either is equally as bad as not enough of either.

According to successful people, a positive attitude will bring positive results. That’s why you need to stop thinking negatively and make room for positivity in your life. Some consider successful people to be very lucky, but the fact is that luck only follows those who know how to recognize – and act on – a good opportunity. So, embrace a positive mindset, draw some inspiration from quotes about luck and make room for positivity and good vibes in your life. If you start thinking more positively about your goals, in general, you will start noticing more opportunities that will lead you to the said goal. By thinking positively, you will find ways to achieve something far more easily.

Embrace the “I will” mentality

Additionally, you should stop saying “I should” and start saying “I will” whenever you’re referring to something you need to do. People who are referring to the work that needs to be done as something set in future usually procrastinate and put off the work for as long as possible. This only leads to accumulated stress and feeling of inadequacy. So, in order to break such a negative habit, decide on when the job needs to be done and actually try to finish it before the set deadline. This way, not only will you ensure that you haven’t missed any opportunity but you will actually feel more motivated and productive.

Additionally, successful and even wealthy individuals usually refrain themselves from overspending. The fact is that these individuals know the true worth of money they needed to work really hard to get, so they avoid wasting it willy-nilly. However, it’s not only money that people tend to waste. Just as you are careful with your finances, you should also be frugal with your time. Stop wasting time on things that won’t matter in the end and instead focus your attention and energy on the ones that will. Frugality should also be applied to your work habits. Don’t accept any deals right off the bat but try to negotiate the terms. This way you will come off as someone who knows exactly how much things worth which will make people generally respect you more.

Network as much as possible

Finally, becoming successful is a joint effort more often than not. In order to become successful, reach out to other experts in your niche and share your experiences with them. Ask for referrals but also make sure you hand them out. Work together with people from the same or similar line of work and try to get deals for one another. That is the best way you can grow your endeavor which will eventually lead to success. Never miss a chance to network and put your name out there because that’s the easiest way to ensure that people hear about you and start your business.

Success is not something that happens overnight. In order to reach success, you will need to work both smart and hard. That being said, it’s important to note that discipline is what drives results. So, shift your mindset to think more positively and start embracing the habits of successful people if you want to follow in their footsteps.

discipline is what drives results 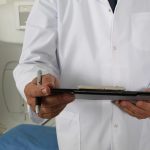