What to consider when migrating to Google Analytics 4?

The number of smartphones is gradually increasing as the years pass by and is expected to exceed more than 5 billion devices by the end of 2019. Similarly, mobile applications are also on a rise, the development of mobile apps growing due to evolving business needs and requirements of potential customers worldwide. Major enterprises now spend a great deal of money to develop mobile apps to attract and flourish their business.

However, there comes a barrier to choose between developing android and IOS applications that for years has been a long debate in deciding which platform to target. In context with the development of IOS apps, the importance to produce IOS apps for business growth is as follows.

IOS platform is known for its high level of security that it provides to users. Security is still and will always remain a primary concern, users wanting their data secure with encryption techniques that the IOS platform provides. Apple company places a strong emphasis on strict security measures before users can perform their business operation, to assure that the person using the specific device is identified as the original user or some third party. Due to these strict measures companies opt for providing IOS app development services, who don’t take a risk in compromising security and maintain data integrity to keep data secure from hackers.

Due to android operating system distributing its platform to a large market segment, companies who place their tweaks and customizations in operating systems, making them prone to bloatware, causing lag and irresponsive apps that can be frustrating for users. Apple being a single distribution company of its OS, specifically for IOS devices, doesn’t prevail in this issue, having a clean user interface and providing users with a superior and enhanced experience. Having no bloatware puts less stress on mobile hardware that could be found on smartphones possessing an android framework that face ram utilization issues, deadlocks, and malicious bugs, making the phone vulnerable to bugs and viruses accordingly.

The world of technology is boosting at a drastic pace with advancements in artificial intelligence and much emphasis placed on machine learning that will significantly change the way people perceive things in the future. A virtual assistant such as Apple’s Siri is the top assistant in comparison with Amazon Alexa and Google Home that are catching up and improving drastically. The API consists of a set of codes that allow developers to integrate Siri functionality in the respective apps that can be extremely beneficial to the business. Companies providing IOS app development services, amalgamate siri functionality, giving answers to user questions across a wide range of topics.

Swift programming language is specifically designed for developers to produced IOS apps across a range of IOS devices. It’s one of the fastest-growing languages that are forcing the shutdown of objective C language, due to swift eliminating the shortcomings faced when developing apps. Swift offers faster IOS development with some additional benefits such as easy code readability and maintainability are just some of the advantages. This can be beneficial for businesses in targeting multiple devices such as iPhone, I pad, Apple TV and many more. The involvement of dynamic libraries has improved the speedy updating of apps by attaching a new version of code without the need to remove previous versions.

No matter how costly an iPhone is, its elegant external design and superior interface make it the best choice for high-end users to buy the device. There is a high demand for Apple devices worldwide that makes it imperative for businesses to target these devices, developing apps by utilizing both software and hardware resources, emerging new products. IOS app development services provided by companies focus highly on IOS app development, to reach out to a diverse list of potential users, bringing innovation to apps by integrating Siri services, that provides a breakthrough in a way, bringing paradigms shifts and revolutionizing the world.

The debate on whether companies should consider developing IOS or android apps is never-ending. Pros and cons lie in both operating systems, where companies need to weigh out the benefits, influencing their decision on factors such as budget constraints, limited resources to tools and many others. 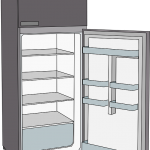 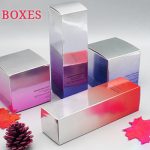