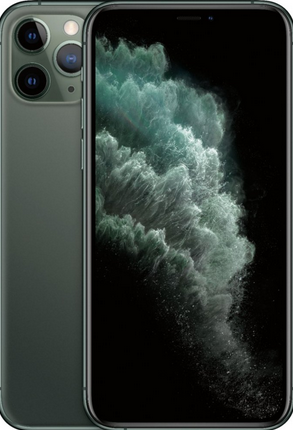 September is always the month of Apple iPhone launches, and this year has been no less. The boys of Cupertino went on stage to show the devices with which they want to compete in the most premium price range of the smartphone sector, and so, after an hour and a half of presentation.

The one that concerns us today could say that it is the intermediate one, the iPhone 11 Pro, a terminal that comes to be configured as one of the best mobiles to date and that has already gone through our workshop to be analyzed in depth. Now, I’ve spent a month using it as my personal phone to see if the iPhone 11 Pro really lives up to its last name. This has been my experience.

Notch And Module, A Peculiar Combo

As always, we start talking about the design and I will be direct: the iPhone 11 Pro is the perfect size. It is small enough to be used with one hand and large enough to fit a good screen that can be enjoyed in any situation. It is a compact mobile, of which there are no more, and is appreciated in the day to day.

Now, that compaction does not translate into a mobile neither light nor thin. It is somewhat thicker than the iPhone XS and weighs 188 grams, which is not exactly small. To put it in context, the original iPhone X weighed 174 grams and was 7.7 millimeters thick. On a personal basis, the feeling that it transmits to me on a day-to-day basis is robust , something that helps the matte back that, for better or worse, is still glass, fragile ergo, although at least the tracks do not remain too marked.

The vast majority of visible changes are in the back, since the iPhone 11 Pro ahead is the same as its predecessor

It have a 5.8 inch Super Retina XDR OLED panel with FullHD + resolution and a density of 458 pixels per inch, and it is excellent in terms of brightness, quality, colors and touch sensitivity. Now, Apple could have tried to get rid of the side frames to get a more immersive experience if possible, but no, the screen still does not reach the ends of the device. Be that as it may, the screen is fine and has not given any problems.

One point to note is that Apple has given the final thrust to 3D Touch to replace it with Haptic Touch , better known as “press and hold.”

Let’s not forget the speaker

There are also no major changes compared to previous generations, I would just like to point out that we continue to keep the stereo and that the headphone jack is gone so as not to return. We have two speakers (one below and one above) and they sound good, even at maximum volume, although a little more punch would not have hurt.

Apple continues to put the EarPods in the box, although everything is said, for the price that the iPhone has already could put some wireless AirPods.

The screen and the sound, we are going to talk about what we have in the notch, which is nothing other than a TrueDepth sensor to bring Face ID to life. Being clear and straightforward, Face ID works perfectly, no matter whether it’s day or night . The iPhone scans our face, creates a three-dimensional model and matches it with the one previously registered, and does not fail. In fact, with a scan it detects us with and without glasses.  Face ID is one of the best biometric security systems on the market and justifies the existence of the notch

Apple’s idea of ​​not implementing a fingerprint reader under the screen until the technology is polished and free of rough edges, but the technology is there and works , and being a model surnamed Pro, the same would have been a good time to give an opportunity. It is a personal reflection.

The A13 Bionic processor is a masterpiece of engineering. The iPhone 11 Pro has 4 GB of RAM, and that, you want it not, it shows in multitasking. It is quite normal for applications that we leave in the background to reload cold after a few minutes, and that is not necessarily bad, but it is there. It is not uncommon for you to be on Twitter, open Instagram, be 10 minutes watching photos, chat 10 minutes on WhatsApp and when you return to Twitter the app reloads. That nothing happens because it opens very fast, but it must be taken into account.

iOS 13 is synonymous with dark mode and almost all day-to-day apps (a greeting to WhatsApp) are optimized so that when activated in the system it is activated in the mobile apps. It is appreciated, especially working as well as it works. When Caesar what is Caesar, this also has Android 10.

Fast charging and battery for a while

After many years on Android, the wide angle has reached the iPhone 11 Pro and iPhone 11 Pro Max , leaving Apple phones with a batch of the most complete lenses consisting of a normal angle, a wide angle and a telephoto with Two optical magnifications. Is it the best optical zoom on the market.

This triad of lenses allows to obtain several frames of the same scene and perspectives that, otherwise, it would not be possible to achieve. Where the camera takes chest is in the wide angle, and is that Apple, algorithms through, has achieved something that is not easy to see on Android phones, and is that all sensors get the same tones and colors. The most common is that the wide angle has a warmer white balance, but Apple has solved it through code.

Apple image processing is very well achieved, Smart HDR has been improved and the sharpness has increased compared to the previous generation. 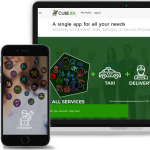 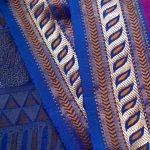