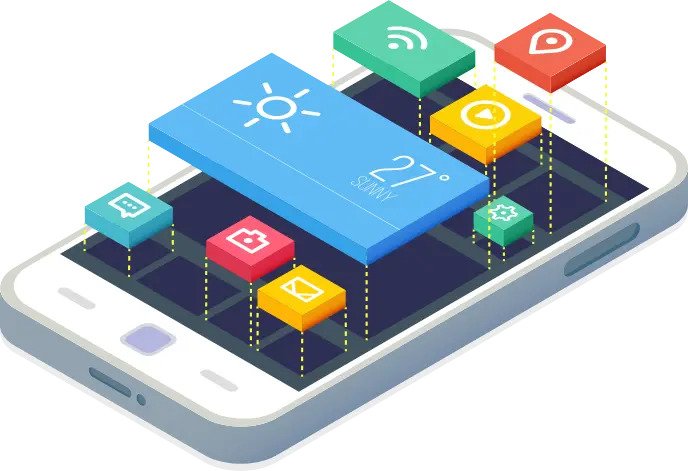 The first thing that you might think of when deciding to develop your iOS app is undoubtedly the development language. Considering native iOS mobile app development, we have two choices i.e. Objective-C, which is the ‘old is gold’ one, or Swift, which is the advanced, next-generation language.

But, to choose the best programming language for your iOS app development, you first need to understand their characteristics, features, advantages, and disadvantages of both the language options that you have in hand. In this blog post, we have listed all the major features, and pros & cons of Objective-C and Swift that will help you choose over the ideal amid them for your iOS app.

Objective-C has been originated as an extension of the C language and it was invented by Tom Love and Brad Cox in the 1980s. Objective-C received an amazing response when it got first released in the market in 1988. During the late 1980s, NeXT Computer Inc. purchased a license for the language for using it to develop an official framework for NeXTStep, which was then acquired by Apple Inc. In this way, we can say that Objective-C has been managing to be a standard language for so long, especially when it comes to iOS app development.

Objective-C is originally the blend of two languages i.e. C and Smalltalk, which makes it a language with complex and extensive syntax. The non-object and object syntax with the language has come from C and Smalltalk respectively. Apple Inc. has also appreciated the fact that Objective-C comes with dynamic runtime and object-oriented capabilities. Dynamic tapping and message passing are also used by Objective-C. And, the code blocks of interface and implementation are also needed in such case for dividing classes.

In terms of age, Swift is quite younger than Objective-C. Apple began developing it in 2010, and it got released into the market in 2014. Later in 2015, Swift was made an open-source platform, and it very rapidly embraced the advanced programming features, leaving Objective-C way behind in terms of modernization and advancement. So, with Swift, you will find optional, type interference, generics, and various other higher-order functions.

Swift is fully compatible with iOS, tvOS, and macOS. Additionally, there are a lot of similarities between Swift and Objective-C including dynamic dispatch, late binding, and extensible programming, etc. while also being capable of determining and addressing the Null Pointers. Swift 2.0 was released to the market in 2015, and apart from being compatible with iOS, it is also compatible with Linux. Furthermore, the mobile device market is anticipated to worth $165 billion by the end of 2023, which means that Swift is also going to play a crucial role as a programming language for iOS development, because of its modernized features, concise and modern concepts, simplified syntax and interactive environment for development.

Features that come along with programming language are crucial to ensure the fact that you can attain the desired app development speed. Amid Objective-C and Swift, the latter is swifter when it comes to development speed. Using generics and high-order functions helps to develop much cleaner and reusable codes. The types of interference options that are available also ensure the safety of the code during their transfer from programmer to compiler. Additionally, the syntax of Swift is also very concise and it does not require making two separate code blocks for class interface and implementation. This simply means that the programmer does not require to write unnecessarily lengthy codes in Swift as compared to Objective-C, which unfortunately requires to do so.

The Pros & Cons of Objective-C & Swift

Being a mobile app development company, Code Creators Inc. specializes in developing an app with both Swift as well as Objective-C.

Undoubtedly, Swift is the better choice if you want to develop your app faster, but this is not the end-all and be-all of the decision while choosing the ideal programming language for your iOS app development. Hence, it is very important to take a look at all the pros and cons that both languages offer.

Which One to Choose? Swift Vs Objective-C – Simplified

Apple Inc. itself has agreed on the fact that Swift is 2.6 times faster as compared to Objective-C. Nevertheless, many reports also claim that there is a minor difference in their development speed. Furthermore, both the languages use the same SDK and iOS together with the Low-Level Machine Compiler.

Compared to Swift, maintenance has been a complicated task when it comes to Objective-C because developers are required to manage two separate files. On the other hand, maintenance is hassle-free and seamless for Swift.

Swift is a safe language when it comes to typing and memory which reinforces security further within it. Along with that, Swift has a very clear code that can rarely be misunderstood. Thus, developers can quickly identify and correct the errors as compared to Objective-C.

Code’s complexity is one of the most significant factors when it comes to a programming language. With Swift, coding is way easier and can be achieved with a very few number lines. However, the case is not the same with Objective-C because its long code often leads to the app crashing.

Since Swift is still blooming, people are now starting to learn and implement the new language. Additionally, there are few complexities such as less expertise and maturity, etc. that are making developers still linger along with Objective-C.

Summing up the entire discussion above, we would say that Swift is ideal when it comes to small and latest iOS applications. However, if your iOS app project is larger, then Objective-C will be best-suited because it comes already with an extensive code base, where Swift may get obstructed. Being said that, Swift is advancing remarkably and the majority of its serious glitches have been addressed, which makes it the best programming language for iOS app development.