Lord Shiva is one of the prime deities in Hinduism. He is an integral part of a trinity- Brahma, Vishnu, Mahesh. The information that ancient Holy texts and Scriptures gives us about Lord Shiva in terms of His personality, existence, nature, living, His various forms, how to worship Him and the benefits of worshipping Him are divine and rich.

This knowledge has earned Him devotees not only in India but worldwide. People from different sects, religion and origin worship Lord Shiva. The way He is addressed as ‘Triloknatha’ meaning (God of all the three worlds – Heavens, Earth and Hell) similarly in the present scenario, people of various beliefs revere and worship Him ardently.

He is one of the most powerful deities and the one who is Sampurna (complete/whole). He makes an individual see the truth clearly and brings him close to his Supreme Conscious. He is one selfless Supreme who consumed the dangerous poison Halahala to safeguard Gods, demigods, animals and other beings.

Lord Shiva is commonly worshipped in the form of Shivalingam. The worship is done in many ways such as performing Shiv Pujas, chanting Shiva mantras, meditating and reciting aartis but the most basic and most important form of Shiv Puja or worship is the ritual of performing “Abhishekam”. It is a process where water, milk and panchamrit are poured over the Shivalinga, it is the process of Holy bathing of the Shivalinga. The act of offering milk to Shivalinga has been one of the debatable discussions since the past few years. Did you know many of our age-old customs and rituals have scientific logic associated with it? It’s true! Given below is the detailed explanation that throws light on the same.

Why do we offer milk to Shivalinga?

If you observe closely the offerings made to Lord Shiva cannot be consumed and are considered as Nirmalaya. He is the Lord who wants to give mankind and other beings the best of everything and safeguard them from any kind of poison and harm. Let us now focus on the question ‘Why do we offer milk to Shivalinga?’

There are many legends revolving around the above-mentioned question. One of it being Lord Shiva consumed Halahala, the dangerous poison. The poison was so dreadful that it turned Lord Shiva’s face and neck blue. In order to stop it from spreading Maa Parvati held his neck. Milk, honey and like were offered to Shiva to soothe His throat.

According to the other legend on the festival of Maha Shivaratri, it is believed that Lord Shiva performs Tandava so in order to calm Him down soothing items like milk, curd and honey are offered to Him.

According to the Sanatan Dharma, and ancient Holy texts and Scriptures Lord Shiva is the epitome of everything. He is the God of Gods and the Supreme of all. In order to safeguard all the beings, He can consume poison without thinking about His own well-being. During ancient times in the period of monsoon, people believed that milk turns into poison due to high production of germs and bacteria in the air. So they offered milk to Lord Shiva as an act that co-relates to the episode of Samudra Manthan where Lord Shiva consumed poison to safeguard one and all. Thus, the ritual of offering milk to Shivalinga started.

If you study the Ayurveda in details you will understand that our body comprises of three components namely the Kapha (cough), Vata (Air) and Pitta (Acids). These three components play a significant role in the smooth and accurate functioning of the body. If any of these components increase in our body or lose their natural balance an individual starts feeling weak and falls prey to many ailments.

Scientifically, as the season changes from summer to rainy season, during the month of Shravana, the component called Vata increases in the body hence during this period a person must refrain from having food items that contain higher levels of this component. For example, leafy green vegetables comprise of higher levels of Vata component in them hence during monsoons especially during the month of Shravan if you notice we generally do not purchase leafy vegetables.

Also, the chances of getting viral infections increase during the monsoons and the Kapha component too is suspected to increase in the body. Hence in order to stay fit and healthy during monsoons, we do not purchase or eat leafy vegetables.

Also, bone-related ailment like arthritis and rheumatism increases during the Shravana month hence in the ancient scripts too worship of Lord Shiva during the month of Shravana is said to be done by offering milk.  Hence people often gallons of milk to the Shivlinga.

Another scientific reason is during the monsoon season, the cattle eat many insects and bacteria along with the grass. So the milk supplied by these cattle is not fit for our consumption. Similarly, cattle feed on lots of greens as it is their staple diet. Thus, during rainy season the consumption of milk and dairy products is prohibited and considered as to be harmful and is offered to Lord Shiva. 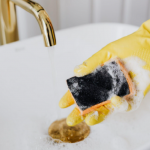 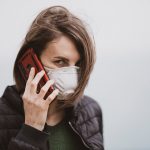