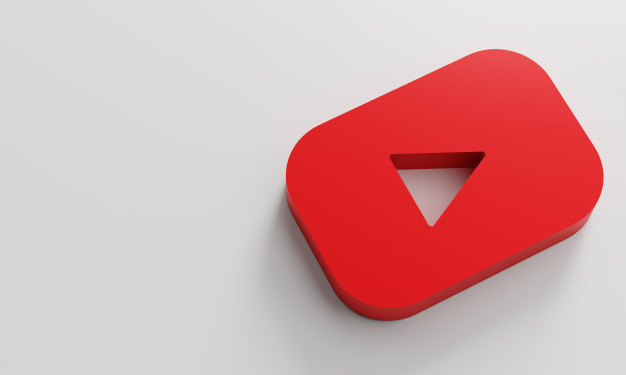 With the launch in 2005 and acquisition by Google in 2006, YouTube has undergone a tremendous transformation from being a repository of amateur videos to being one of the most prominent digital video channels worldwide. YouTube is the most extensive library of user-generated and corporate content that ranges from DIY to educational videos, from music & dance to gaming vlogs, which made the platform the leading virtual destination for billions of users across the globe.

YouTube Music is also the world’s leading music application, downloaded over 5.2 million times through the Google Play Store and about 1.5 million times from the Apple Store at the beginning of 2021. It is also the world’s second most viewed website after its parent company Google. If you’re wondering, what are the three components in the youtube ecosystem? The answer to this is Fans or Users, Publishers or Content Creators, and Producers or Advertisers. So, let’s unravel more such astonishing facts about YouTube.

YouTube has reached more than 2 billion monthly users who log in to watch or upload videos. Let me also inform you that YouTube is the only social media platform where you can watch as many videos as you want without needing to create an account in the first place.

Therefore, the above monthly users’ statistics will be much higher if the unlogin YouTube users are also counted to make the stats. YouTube has earned 19.77 billion USD worldwide as ad revenues. This ad revenue earnings of YouTube is equivalent to 10.9% of Google’s total revenue. By 2025, worldwide YouTube’s user base is projected to reach 2,854.14 million users.

Over-The-Top or OTT platforms are video streaming services watched on technological devices, like smartphones, tablets, computers/laptops, tablets, and Television. It has come to the notice that almost every person in the U.S. who is an avid OTT watcher is watching YouTube videos, with 94.5% of OTT viewers in the U.S. doing so.

YouTube is the most used digital video channel in the U.S., followed by Netflix with 74.9%. In March 2020, the YouTube watch time on televisions surged by 80% year after year. 80% of U.S. parents who have children of or below 11 years of age agreed that their kids watch YouTube, of which 53% of parents were those whose children watched videos on YouTube at least once a day.

16.4%, which is only a fraction of YouTube’s total traffic, comes from the United States. Per the estimates provided by Alexa, though the U.S. is YouTube’s single largest source of visitors, it still contributes a minimal amount towards the platform’s traffic. India is the second country to offer 9.2% of YouTube Viewers, followed by Japan with 4.8% viewers.

YouTube is used by 74% of the adults in the U.S. The number of YouTube subscribers in the U.S. between the age group 15 to 35 years accounts for 77%. The fastest YouTube video to go viral and reach 1 billion YouTube streams was Adele’s “Hello.” And, the most-watched YouTube brand channel is LEGO.

Of the total users that YouTube has, 56% accounts for male users, and the remaining 44% are female. But the numbers of women creators and consumers are increasing rapidly as more women are getting inclined to it. YouTube is also the world’s second most used social media after Facebook, and its users who are 18 years or above on an average spend 41.9 minutes on YouTube daily.

Be it a male or female, an average visitor to YouTube roughly checks 8.89 pages a day. In 2020, YouTube users watched 100 billion hours of gaming on the platform. Minecraft with 201 billion views was the most-watched game, followed by 75 billion views Roblox, and in third place Garena Free Fire at 72 billion views.

YouTubers’ work is to upload video content on the channel, and watching those uploaded content is the task of YouTube subscribers. Over 500 hours of video are uploaded to YouTube every minute, and the amount of YouTube videos watched per day is more than 1 billion hours.

And, approximately 40.9% of these views come from mobile devices as subscribers spend more than an hour viewing their favorite YouTube video on their smartphones alone. The most viewed YouTube channel worldwide is Zee Kids and the highest-paid YouTuber being Ryan Kaji. The most-watched YouTube video of all time is the Baby Shark Dance video.

Without any second thoughts, YouTube is a fantastic platform for content curators to earn a good amount of money and a stage to stardom. For video content viewers, YouTube serves as a channel with thousands of videos for every type of person. From skill development to entertainment to studies, YouTube offers vlogs on everything that a person might require. So, be a member on YouTube and explore unlimited opportunities to grow.

Kacee Christian is a freelance content writer and enthusiastic blogger. She is the co-founder of Bigjarnews. She contributes to many authority blogs such as Toppreference.